Making Does Not Equal Constructionism

This post by Peter Skillen was originally posted on The Construction Zone on July 4th, 2014.

‘Making’ is about empowering students to ‘make their own minds.’

‘Making’ is about empowering students to ‘make up their own minds’—quite literally—regardless of the artifacts being constructed. This is the view I prefer to take.

‘Making’ should focus on taking charge of, and constructing, your mind—your learning. Making objects and artifacts is a means to that end. ‘Making’ is a central tenet of constructionism, tinkering and inquiry—or ‘tinkquiry’ as my colleague Brenda Sherry and I like to say. But it is not the whole story.

“It is easy enough to formulate simple catchy versions of the idea of constructionism; for example, thinking of it as ‘learning-by-making’. One purpose of this introductory chapter is to orient the reader toward using the diversity in the volume to elaborate—to construct—a sense of constructionism much richer and more multifaceted, and very much deeper in its implications, than could be conveyed by any such formula.” In Constructionism (Ablex Publishing Corporation, 1991).

The ‘Maker Movement’ isn’t Just About Electronics and Coding!

The maker movement has become extremely popular in the last few years and is usually associated with the ‘making’ of things with circuit boards, 3D printers, lego, found materials, wood shops, metal shops, coding/programming and other electronic gadgetry.  It’s similar to DIY (Do It Yourself) – and ‘craft nights’. There are countless Maker Faires and Maker studios all over the globe.

But, is it only about ‘making with electronics’ and ‘coding’? No. I don’t believe it should be.

‘Making’ isn’t only about electronics and coding.

Building poems, art, music, mathematical solutions and so on are all part of the ‘maker movement’ in my mind. I think Seymour Papert might agree with me as you will read later on.

Building poems, art, music, mathematical solutions and so on are all part of the ‘maker movement’…

The Critical Part is the ‘Making of One’s Own Mind’.

Indeed, the critical part is the ‘making of one’s own mind’—the constructionist piece—not the nature of the artifact being made. As I suggested, making artifacts is the means to an end, in my opinion. Constructing one’s schema and texture of mind is the end-goal.

Now, of course, here I am telling you what I think about ‘making’ and ‘constructionism’ but I cannot think that you will merely learn it by reading. It will take my provocations and your efforts for you to construct your own understandings of these ideas—these constructs. As Papert and Harel said,

“If one eschews pipeline models of transmitting knowledge in talking among ourselves as well as in theorizing about classrooms, then one must expect that I will not be able to tell you my idea of constructionism. Doing so is bound to trivialize it. Instead, I must confine myself to engage you in experiences (including verbal ones) liable to encourage your own personal construction of something in some sense like it. Only in this way will there be something rich enough in your mind to be worth talking about.”

Well, this kind of thinking and practice has been a long time coming—well, this time around! Let’s face it. Dewey spoke of it early last century when he spoke of experiential learning.

This time, since information technology has been affordable and accessible, it was Seymour Papert and his colleagues who founded this notion of ‘children as makers’ – when he coined the term ‘constructionism’.  Seymour studied with, and subsequently worked with, Jean Piaget who was instrumental in the origins of the constructivist learning theory—along with Jerome Bruner, Lev Vygotsky and others.

Constructivism is a theory which suggests that people actively construct their own understanding and knowledge of the world and are not merely passive recipients. These understandings arise through experiencing events and then reflecting on those experiences.  If we encounter something new, we either assimilate it into our previous ideas and knowledge—our schema—or we must accommodate it by changing what we believe, therefore modifying our schema.  Or maybe we just discard the new information as irrelevant.

Regardless, we are active creators of our own knowledge. This occurs through asking questions, exploring, and assessing what we know.  It happens through inquiry.

Does this mean the teacher’s role is diminished?

Not at all. A constructivist approach celebrates the active role of the teacher in helping students to construct knowledge rather than to merely regurgitate meaningless facts. In constructivist classrooms, you will see project-based learning, problem-generation and problem-solving approaches, and inquiry-based activities where students are generating driving questions, generating potential solution strategies and digging into investigations.

You will see students making their knowledge and processes visible to the other students where it is all available for discussion and collaboration. Meaningless facts aren’t memorized in a decontextualized fashion but rather a meaningful body of knowledge is constructed and becomes part of the student’s interrelated collections of memories. The teacher’s role is far from irrelevant. It is critical as a facilitator, educator, and co-investigator.

Constructivism leverages the student’s natural curiosity about the world and how things work. Their engagement is invoked through respect of their current knowledge and real-world experience. Their hypotheses and investigative methods are honoured and honed.

Construct ‘a sand castle on the beach or a theory of the universe‘.

So along comes Seymour Papert – and in the mid-sixties – begins to think very deeply about the role of kids making things——>publicly.

This is, as I said, when he coined the term ‘constructionism’.

Constructionism holds that children learn best when they are in the active role of the designer and constructor. But the theory goes a step further.

Constructionism “is the idea that this happens especially felicitously in a context where the learner is consciously engaged in constructing a public entity, whether it’s a sand castle on the beach or a theory of the universe.”

Constructionism Relies on Visible Thinking & Conversation. Making May Not.

But it is not merely the act of constructing that is essential. Powerful things happen when that act of constructing mediates deep conversation with others. The very act of articulating ideas, sharing thoughts, confusions, ahas, questions, potential solutions makes knowledge building explicit. Sometimes words are spoken. Oftentimes facial expressions and body language communicate. We might draw diagrams or build prototypes. All these serve to make the thinking visible and, therefore, discussable—not only with others but for oneself. We learn our subject matter well as we think hard about it and are very intentional about constructing not only the artifact at hand but also our knowledge and success.

…constructing, or making, is not enough…

Constructionist learning is very powerful due to the rich texture of this public creation of artifacts.

Let’s look at some of Papert’s work in action.

However, today’s maker movement is nearly always described in terms of ‘electronic’ making—or making with coding or robotics or lately 3d printing.

Making Up One’s Own Mind

But, I maintain that the real focus should be on helping students to ‘construct their own mind’—for to do so helps them to ‘take charge of their own learning’—which is not just a matter of student agency. It is also a matter of intentionality and skill in knowledge construction. The wraparound of a knowledge-building culture is essential in a ‘making’ environment to reach this goal.

So What Do You Make?

As Papert said, and I totally agree, it matters not whether one is making a sandcastle on the beach or a theory of the universe. I think what is important is that we understand the breadth and depth of constructionism and related theories and that we don’t merely equate making with constructionist learning.

So what do kids make? Have them make what moves them. Make something that matters. Make something hard. Have ‘hard fun’ as Seymour would say. But, above all, focus on crafting the surrounds—the culture—that encourages and supports kids in constructing new knowledge. Focus on the building of the mind as they are creating their public entities—be they poems, songs, multimedia presentations, other works of art or indeed more ‘maker faire’ robotics-based artifacts.

Make up your own mind on how to do this best.

There are now many books on the topic of ‘making’—but, these two are deeply rooted in a constructionist approach to ‘making’ because all of these authors have been central to building of this theory as colleagues of Seymour Papert.

“Using technology to make, repair, or customize the things we need brings engineering, design, and computer science to the masses. Fortunately for educators, this maker movement overlaps with the natural inclinations of children and the power of learning by doing.”

Globaloria – Idit Harel is the founder and CEO of this online platform for courses in STEM, computing, game design and coding.

Project Based Learning: What if We Didn’t Start with a Question? ‘Limited Pedagogy’ in the Past? I Don’t Think So! 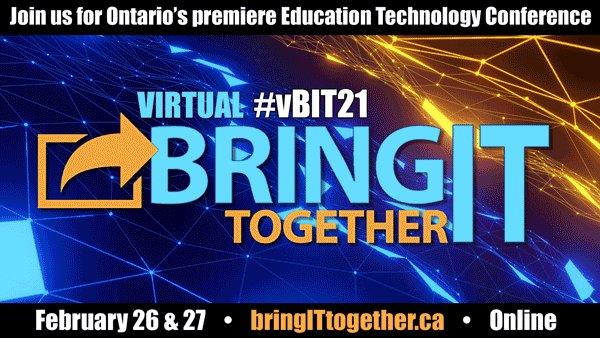 Frontlines is looking for new volunteers in our Online Homework Club. If you or anyone you know would like to support children and youth with their homework visit buff.ly/3fmayEN #torontokids #torontotutors #OntarioEducatorsUnited #torontoschool #tdsb #OntEd 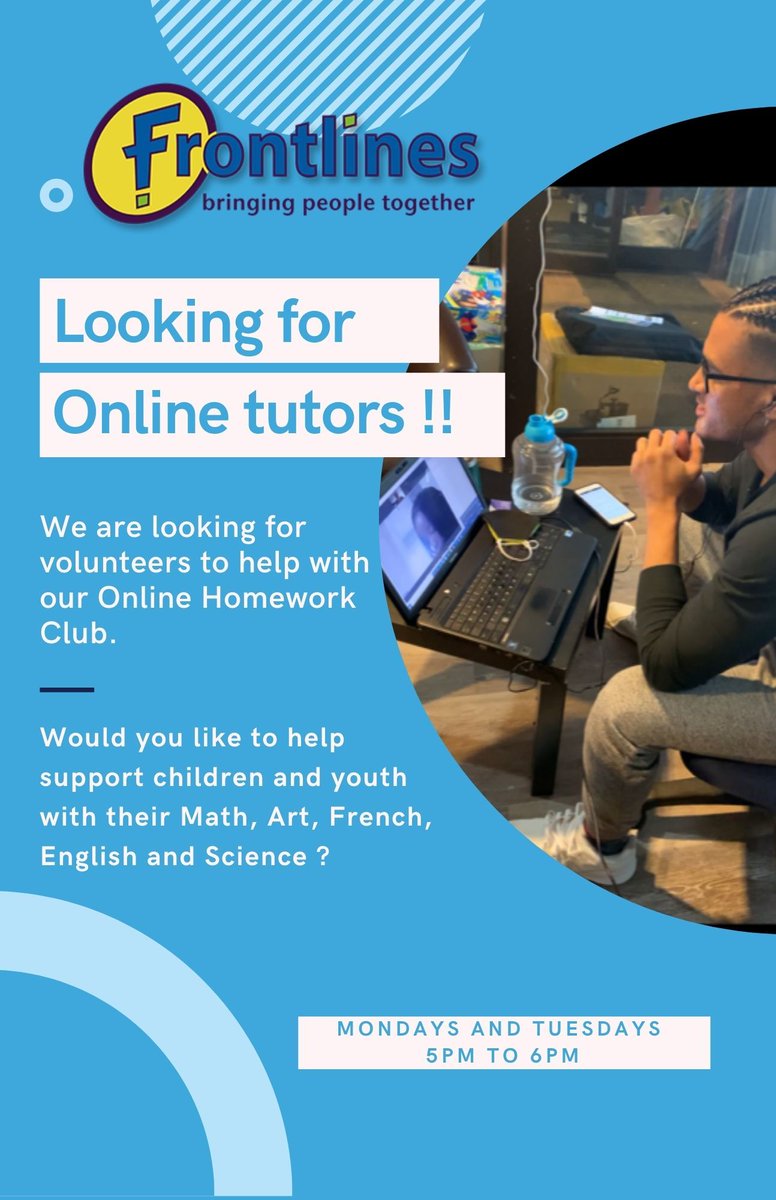